← back to
Whirlwind Recordings
Get fresh music recommendations delivered to your inbox every Friday. 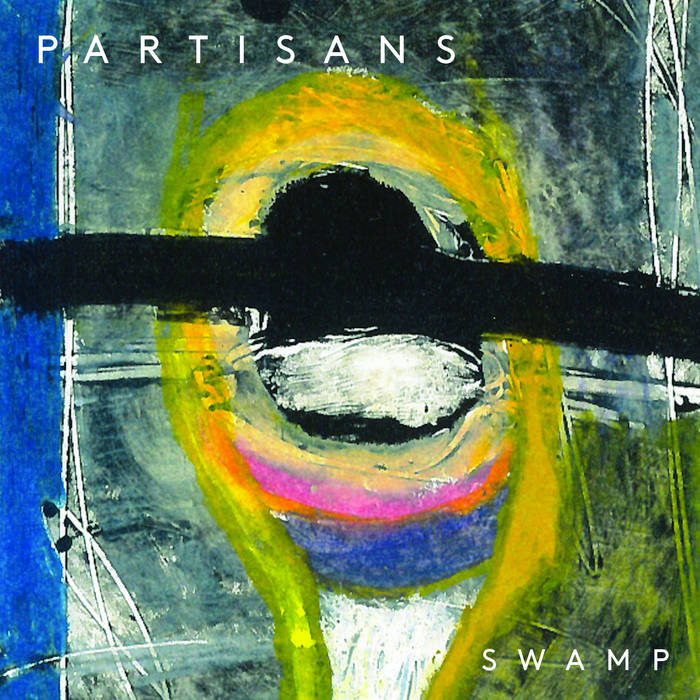 Swamp is the fifth studio album from Partisans, who since their formation in 1996 have been thrilling audiences the world over with their ferociously energetic performances of tightly knit themes and the great freedom coming from their years of playing together. They've been credited with bridging the gap between New York swing, European improv and UK jam, where the combination of each member’s influences feeds a genuine creative spark generating excitement and energy. Co-led by two of the preeminent musicians of their generation, Phil Robson (guitars) and Julian Siegel (tenor sax & bass clarinet), the quartet line-up is completed by Thaddeus Kelly (bass) and Gene Calderazzo (drums). They are widely acknowledged as the godfathers of the new wave of British post-jazz and improv and have outlived many of the bands that have come since their formation. BBC Radio 3 asserts they are “one of the most exciting all star experimental groups in jazz today.”

With years of touring the globe and a cult following in their native UK, where they have played every conceivable venue from backwater pubs to the largest concert halls and festivals, Partisans have released four albums to date: their self-titled debut (1997, EFZ), Sourpuss (2000, Babel), Max (2005, Babel) and By Proxy (2009, Babel). But it's Swamp that sees the band blow open their already eclectic and unpredictable palette, taking their music to new heights as a result of their near 20 years together.

The album glistens with classic Partisans energy, full of their trademark shot of gritty rock riffs and athems mixed with P-Funk grooves and fresh use of electronica and multi-layering. The richly lyrical, strongly melodic and subtly tricky compositions written by Robson and Siegel provide the framework and starting point, underpinned by the solid, freewheeling and supercharged rhythm section of Kelly and Calderazzo. While influences range from Miles Davis' later bands to the most contemporary happenings from NYC and London, the album is 100% Partisans from the first note. Virtuosic passages from Robson and Siegel jump out of the speakers as Calderazzo excites with a propulsion that many drummers could only wish for, and all the while Thaddeus Kelly's warm and full-tone bass underpins and subtly crafts the band as they navigate rhythms-a-plenty paired with unpredictable time shifts. Free improvisation mixes with full on swing and Robson's lush comping drives Calderazzo's drumming into bonafide moments of sheer excitement, while Siegel's lamenting bass clarinet pairs in duet with Kelly's bass in the breathtaking 'Icicle Architects'.

Swamp sees Partisans at their very best; unabashed raw emotion mixed with a consummate collective sound and interplay that can only be achieved when a band has this much history. Nowadays so-called 'bands' come and go with the changing seasons; it's becoming even more vital for music such as this to get recorded and heard.

"This heavyweight jazz quartet continues to carve its own niche, with an eclectic jazz mix."
★★★★★ BBC Music Magazine

"Partisans have been making great albums for years and this one is no exception.”
Jamie Cullum, BBC Radio 2

"Eighteen years on from their debut, this melange of mischievous stylistic mash-up and virtuosic synergy doesn't get old. If anything Juian Siegel, Phil Robson, Thaddeus Kelly & Gene Calderazzo are reaching new heights."
★★★★ MOJO Magazine (Album of the Year list)

"It’s not always easy to find the words to describe just how good this group is, their music never fails to delight. Like its predecessors 'Swamp' is instantly accessible but will doubtless continue reveal fresh insights with every subsequent listening. There’s an indefinable 'something' about Partisans, a group sound, identity and solidarity that you only get with a regular working band. That this supremely accomplished album was recorded over the course of just two days is testament to the depth of the group’s rapport."
★★★★½ The Jazz Mann

"Partisans are certainly challenging, but in the best possible way... An incredibly exciting band to hear live."
★★★★ York Press

"Partisans can rightfully be cited as the godfathers of the new wave of Brit jazz, who, since their formation in 1996 have always embraced Coltrane, electric Miles, and Hendrix in equal measure."
Jazzwise Magazine (Album of the Year list)

"Their sound artfully straddles the boundary between acoustic and electric music, equally capable of digging into a dirty funk groove or soaring to freer, post-bop altitudes."
★★★★ The Irish Times

“Their edgy, energised sound and creative and imaginative improvisations have been a major influence on the UK's burgeoning “prog-jazz” scene, and their palpable sense of collective engagement in the music never wavers.”
★★★★ The Scotsman

"Still exploring the possibilities available to such open-minded and spirited musicians."
The Blue Moment

"Phil Robson’s inventiveness on the guitar is unstoppable, and the band’s melodies have a gripping shape and direction. Partisans have been together for nearly two decades, and on the evidence of this album could easily run for two more."
★★★★ The Telegraph

"Reaffirms their standing as one of the most rewarding bands anywhere."
London Jazz

"When it comes down to it, this is just a band that loves playing; and this is an album you'll love listening to."
★★★★ Jazzwise Magazine

"These pieces, closely focused and intricately woven, are masterpieces of detailed performance."
★★★★ The Arts Desk

"A very accomplished album with some world class ensemble playing throughout."
★★★★ Marlbank

"An eclectic treat. This is an album to get swept up and along in—filmic, rhythmic and inventive throughout it rarely settles for the obvious, expected path and it repays concentrated listening with countless new discoveries."
★★★★ All About Jazz

"Swamp sees Robson, saxophonist, Julian Siegel, bassist Thaddeus Kelly and drummer Gene Calderazzo build on their 20-plus years as bandmates to produce a fantastically coherent and broad-ranging album. Swamp swings, grooves, rocks and broods... A standout album from a band who continue to make a huge impression on the jazz scene both at home and abroad."
Jazz UK

"Kelly is usually the sure center around which the other three swirl, soar, dip and dive, but he too takes his chances, weaving warm and flowing lines like strings of honey through the guitar runs, the saxophone swells and the snare accents. Robson gets to tweak the energy levels more with Partisans, and the band segues easily from jazz cool to rock hot. Siegel plays a more solid Watson to Robson’s sometimes wayward Holmesian indulgences. Between them they always get their man."
The Jazz Breakfast

Bandcamp Daily  your guide to the world of Bandcamp